The thing about the woods is that the wonders never cease.  And because I came from the suburbs, then the city, Nature always has a surprise in store.  And I am always surprised.

I walked around the back of the house last week, seeking forest-bathing calm after a particularly shitty day and was met by an Unfamiliar – a furry stranger, plump and round.  We startled each other – I said woop, they said woop and we both scurried back where we came from.  I asked my partner, in phrasing that came out more riddle than question: what is a beaver without a beaver tail?  I imagine the fur ball returning home and asking, what is tall and pale and lives at the top of the ridge?

My new friend goes by many names it seems: woodchuck, groundhog, whistle pig.

The common groundhog name ‘Woodchuck’ was given by the Algonquians. Initially, they were named ‘Wuchak’, which later was anglicized into a term easier for settlers to wrap their heads around and pronounce – Woodchucks.

When I meet a new friend in these woods I have to wonder: why today?  And I go looking for what this message or reminder from my Kin might be.

I admit, times have been tough – overlapping crises with no breathing space in between.  Trauma and recovery seem blended together into what we call Survival Mode.

Well guess what: Dreams about groundhogs urge us to take a break and ensure that our physical, mental, and emotional health is well taken care of.

See…Woodchucks are true hibernators – they lower their body temperature, reduce their heart rate, and reduce their oxygen consumption to allow for prolonged sleep.

Because woodchucks are constantly on the alert when outside their burrows.

Because while dreams of groundhogs may encourage us to rest, Covid lingers, civil rights are in danger, billionaires thrive while our planet becomes increasingly inhospitable to witches and wuchak alike.  We can’t afford to sleep.  We are on high alert.  There’s danger, and too much to be done.

We do not sleep just yet, Wuchak Kin… we go underground.  We dig in.

Here’s what Witches and Woodchucks have in common: we are the underground.  In the seed and soils that sprout a grassroots movement, we dig tunnels.  In the dark where no one knows and no one sees, we dig tunnels.  Brave, safe spaces for Wuchak kin.

Because witches are outsiders we are on constant high alert when outside our burrows.  But here under ground, away from violently mainstream ideas, we dig in.

As Amanda Yates Garcia wrote in her memoir Initiated: In our travels through the underworld, witches become map makers.

And so it is for our woodchuck kin, building a whole network of secret tunnels – that, by the way, end up getting used by many other animals in nature’s great system of subsidized housing – secret tunnels that both connect us and protect us.

a group or movement organized secretly to work against an existing regime.

a group or movement seeking to explore alternative forms of lifestyle or artistic expression.

beneath the surface of the Earth.

Given the ability of groundhogs to dig holes, they are considered symbols of truth seeking.

In tales, Groundhogs are depicted as kind-hearted animals. They are often associated with being wise teachers and counselors.  Asking: do you want to dig a little deeper?  A little farther?  Do you want to explore in the dark?

In 1955 Albert Miller first peered into prehistory through a groundhog burrow at the Meadowcroft Rockshelter when he found some artifacts excavated by the groundhog.  After almost 20 years of excavation and consultation,  radiocarbon dates came back from the Smithsonian lab confirming a human presence at the site going back 19,000 years. That evidence made Meadowcroft the oldest site of human habitation to be discovered in North America.

But the groundhogs already knew.

They went into the underground and returned with traces of ancient humanity.

Harriet Tubman was Wuchak kin.  She went into the underground and returned as a savior of humanity – built an underground railroad of protection and freedom-seeking.  We are Wuchak kin.

In our book Missing Witches: recovering true histories of feminist magic I wrote about Jimmy the Wisconsin Groundhog who, on groundhog’s day 2015, bit the town mayor on the ear in what I interpret as an act of postcapitalist rage.  I assume Jimmy took an honest stock of his situation and decided to protest.  Jimmy would not be exploited and neither will you.  You are Jimmy kin.

My father was also called Jimmy.  He was wuchak kin.  He joined the Underground in the Hungarian revolution of 1956, walked from Hungary to a refugee camp in Austria, and Never talked about any of it.  He buried that truth and I think it haunted him.  I wish he had left this tunnel open, so I could crawl into the knowing and sleep inside his burrowed story.  Brave.  Safe.  Underground.

As Audre Lorde wrote in her 1988 collection of essays, A Burst of Light, “caring for myself is not self-indulgence, it is self-preservation, and that is an act of political warfare.”

There are lots of ways to go underground.  Dig tunnels, build railroads or just… sleep.

New York state wildlife expert Richard Thomas found that a woodchuck could (and does) chuck around 35 cubic feet of dirt in the course of digging a burrow. Thomas reasoned that if a woodchuck could chuck wood, he would chuck an amount equivalent to the weight of the dirt, or 700 pounds.

How much does a Witch change the world?  As much as we can.  And no more.

You are Wuchak kin, and the underground awaits you.

Next EP 145 WF Erica Feldmann: Like Witchcraft, Anti-capitalism Is A Practice
Previous EP 143 – WF Michaela A. Harrison: We Are One
I Am Bijoux Kin Meditation 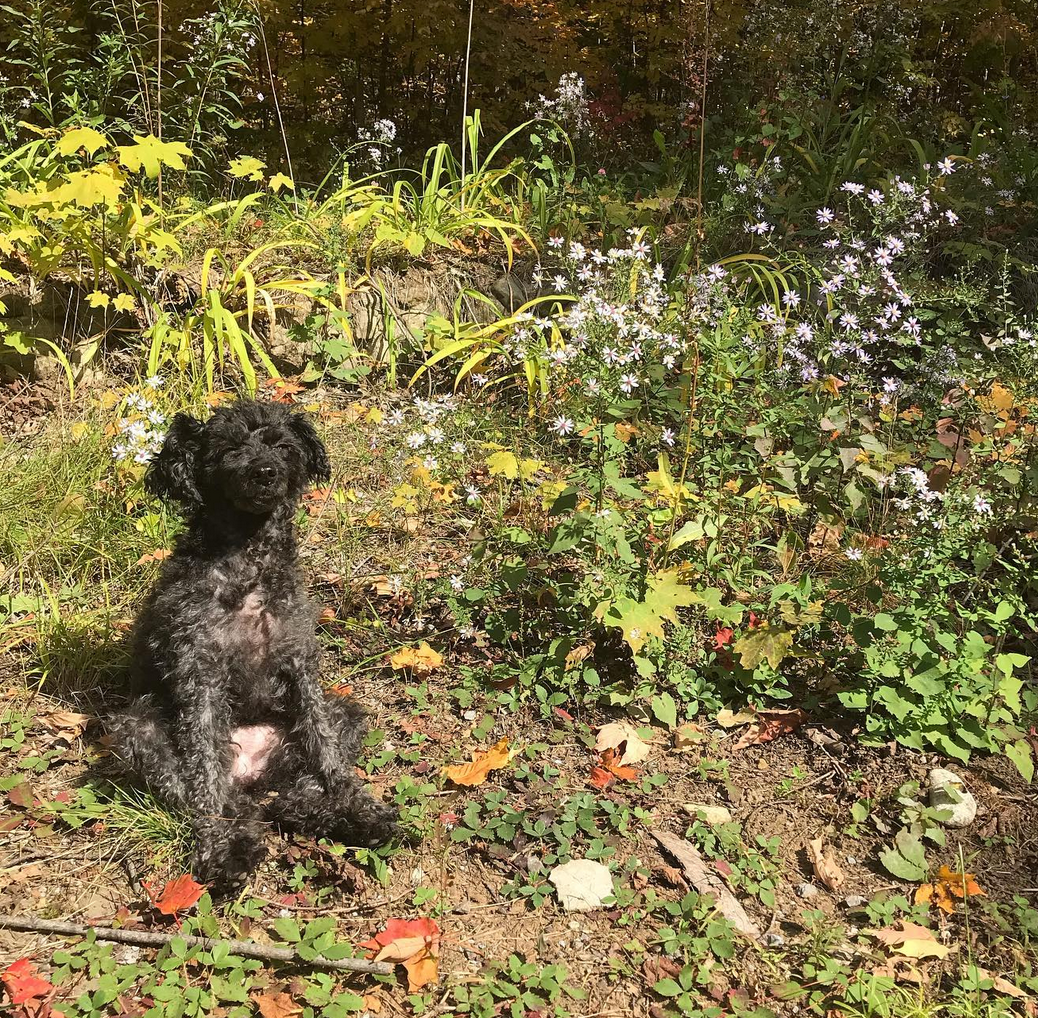 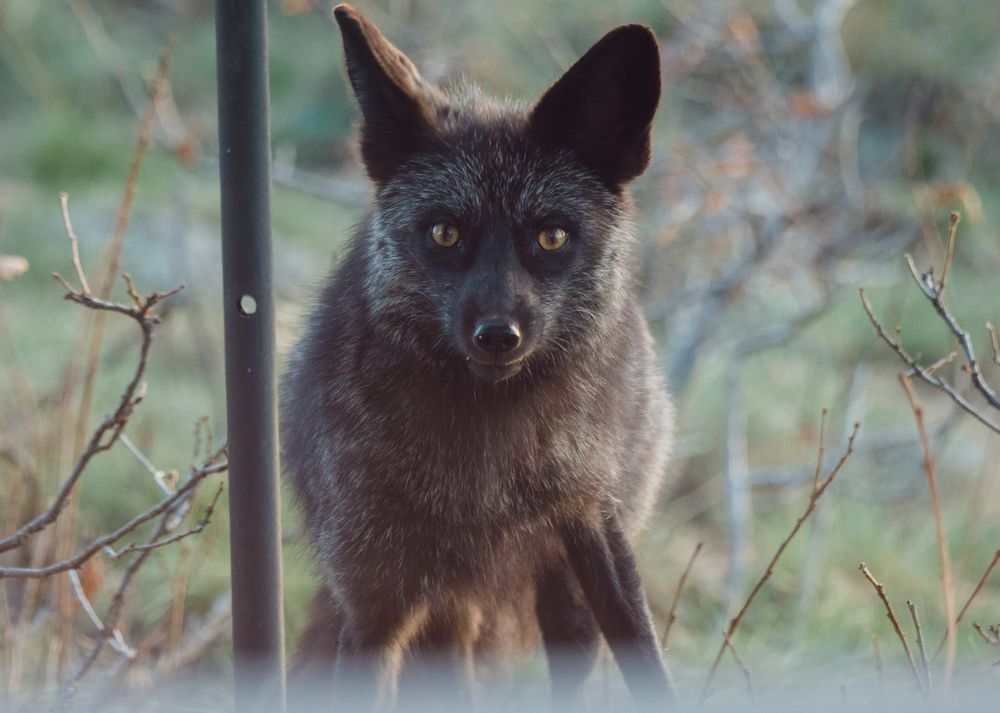 Meditations
You Are Horse Kin Meditation

You Are Horse Kin Meditation